Dear fans of Zootopia, we present you our new Wallpapers New Tab Themes extension related to this wonderful animated movie. It comes with beautiful random wallpapers of Zootopia and it offers you different
Zootopia backgrounds that will appear every time you open a new tab page. Additionally, our extension provides you with many other useful features that will most definitely improve your browsing experience. 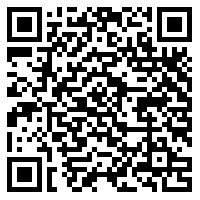 Zootopia is also known as Zootropolis in some areas and is an American computer animated movie from a comedy genre. It has been produced by Walt Disney Studios and released by Walt Disney Pictures. Zootopia was directed by Byron Howard and Rich Moore and co-directed by Jared Bush. The voice cast includes Ginnifer Goodwin, Jason Bateman, Idris Elba, Jenny Slate, Nate Torrence, Bonnie Hunt, Don Lake, Tommy Chong, J.K. Simmons, Octavia Spencer, Alan Tudyk and Shakira. The movie premiered at the Brussels Animation Film Festival in Belgium on 13th of February in 2016, and it went into general theatrical release in conventional 2D, Disney Digital 3-D, RealD 3D, and IMAX 3D formats in the United States on 4th of March. Critics praised film’s screenplay, animation, voice acting, and subject matter. It opened to record-breaking box offices in few countries, and made a worldwide gross of over $1 billion, making it the fourth-highest-grossing film of 2016 and Walt Disney Animation Studios‘ highest-grossing film ever since Frozen from 2013. The film even earned many accolades, for example it was named one of the top ten best films of 2016 by the American Film Institute, and received an Academy Award, Golden Globe, Critics’ Choice Movie Award, and Annie Award for Best Animated Feature Film, as well as receiving a nomination for the BAFTA Award for Best Animated Film.

The movie focuses on rabbit Judy Hopps who is from Bunnyburrow. She lives up to her dream of becoming a police officer in Zootopia. Judy is a valedictorian, however Chief Bogo doubts her abilities and delegates her to parking duty instead. On her first day, she is hustled by a con artist fox duo, Nick Wilde and Finnick. Meanwhile, an otter named Mrs. Otterton comes into Bogo’s office and pleads for someone to find her husband Emmitt. Bogo is forced to let a volunteering Judy take the case and he gives her 48 hours to find Emmitt on the condition that she must resign if she fails. Concluding that Nick was the last to see Emmitt, Judy blackmails Nick to assist her by covertly recording his confession to tax evasion. They follow Otterton to a limousine owned by Mr. Big, and he reveals Otterton reverted to a feral state and attacked his chauffeur Manchas. At his home, Manchas mentions Otterton talked about “night howlers” before the attack. Manchas then turns savage and chases the pair. Judy saves Nick by trapping Manchas and calls the ZPD for help, however Manchas flees before they arrive. Bogo wants Judy’s resignation, but Nick defends Judy. Judy and Nick then go to the City Hall. They discover Manchas was captured by wolves. They locate the missing predators—who have all turned savage—imprisoned at Cliffside Asylum, where Mayor Leodore Lionheart is secretly imprisoning them while attempting to trying to find the cause of their behavior. Lionheart and the asylum staff get arrested for false imprisonment, and Bellwether becomes the new mayor.

Judy becomes praised for solving this case and she asks Nick to join the ZPD as her partner. Judy states that the cause of the savage behavior is predator biology, and that causes Nick to refuse her proposal. Devastated with guilt for the consequences of her words, Judy resigns from the ZPD and returns to Bunnyburrow. At home, Judy finds out that the night howlers are actually the crocus bulbs Weaselton stole, and they contain a neurotoxin that has serious psychotropic effects on mammals and it causes them to turn savage. She returns to Zootopia and reconciles with Nick. The pair decides to confront Weaselton. They find Doug in a laboratory hidden in the city subway developing a drug made from night howlers, which he has been shooting at predators with a dart gun.

Judy and Nick get the serum as evidence, but before they can reach the ZPD, Bellwether confronts them. Bellwether gets back the evidence after Nick refuses to abandon an injured Judy. She shoots Nick with a serum pellet to make him attack Judy, which are instead revealed to have been replaced with blueberries by Nick. Judy then baits Bellwether into openly declaring her role in the attacks and records the confession. Bellwether gets arrested, while Lionheart publicly denies knowledge of her plot and defends his imprisonment of the savage predators. The savage animals are cured and Judy rejoins the ZPD. Nick graduates from the Zootopia Police Academy.

This is our major update labeled 3.0. We have put great effort to make this update, with user experience on mind.
Zootopia is fast, secure and it will improve your browsing experience. There are no restrictions for ages, our extensions are available for all, for FREE.

Zootopia like all our other extensions are flexible and modular. There are tabs and modules that you can easily configure, show or hide within one simple Settings panel.
Now, we have added Must-Have Related Themes, so you can find new and popular themes without leaving your tab!

Zootopia is packed with high quality HD wallpapers, art and drawings from various places and authors, some are very popular.