Here is our new Young Sheldon Wallpapers New Tab Themes extension with many random wallpapers of one of the most popular TV Shows in the world lately. It offers different Young Sheldon backgrounds that will appear each time you open a new tab page. Moreover, it provides many other useful features that we hope will improve your browsing experience. 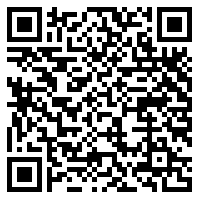 The first person who suggested the idea of this series to its producers and eventually became the executive producer himself is Jim Parson. He presented it to Chuck Lorre who then brought Steve Molaro into the project. The process of creating this show started in November, 2016 and the first episode was previewed on 25th of September in 2017. CBS ordered the show and continued to air it on 2nd of November the same year. The second season premiered on September 24th in 2018.

Young Sheldon Cooper is a child genius and he is especially good in the field of math and science. Theoretical physics interests him the most, which is the reason he focuses mainly on it. When it comes to intellect, we can say that he is the superior when related to others. However, it seems that he lacks the understanding of social behaviors. He has his own path in life, that is hardly understandable to others, which sometimes gets him into trouble. However, he did prove that he loves his family.

Mary Cooper (Zoe Perry), Sheldon’s mother is very caring and patient with Sheldon. However, she has a hard time trying to understand him completely. Her Christianity opposes her son’s atheism, but it doesn’t reduce her love and her need to protect him for as long as she can.

George Cooper (Lance Barber) is Sheldon’s father. He doesn’t share a bit of his sons intellect which often makes Meemaw (Sheldon’t maternal grandmother portrayed by Annie Potts) question if he really is Sheldon’s dad. Even though he is very different from his son, he provides him with advice. He is always there to defend Sheldon when needed.

Montana Jordan and Raegan Revord play the title character’s siblings Georgie and Missy. Both of them, especially Georgie, tease Sheldon very often. However, they admitted that they wouldn’t feel as a whole without their brother, which amplifies how important of a role he has in their lives.

The biggest support for Sheldon comes from his grandmother Constance Tucker, which he calls Meemaw. She believes that Sheldon will eventually find his way in life and is often there to tell his parents they have nothing to worry about.

When released, Young Sheldon became instantly successful. Almost all of The Big Bang Theory’s audience that has around 18 million people, started watching it. In 2017, The Big Bang Theory became 2nd most popular US TV program, while Young Sheldon was at 4th place. The producers believe that the perspective of Sheldon’s development wasn’t the only reason the show became so popular. The most interesting part of this show is the insight of how Sheldon’s family had to adapt to this remarkable child. Many agree that Iain Armitage was the perfect actor for this part. He also got very praised for portraying Ziggy Chapman in HBO’s Big Little Lies.

This extension has top performance and quality. We have made flexible modules, so you can enhance your browsing experience. Young Sheldon Wallpapers extension is free for use and available for all ages.

HD wallpapers
Young Sheldon Wallpapers and New Tab Themes extension comes with many cool and high-quality wallpapers. You can choose to have random wallpaper on every new tab,or pick your favorite/sticky wallpaper. Since fans make really cool wallpapers and art, we constantly add and replace new wallpapers, so there is plenty to choose from.

Disclaimer:
This app is made for Young Sheldon lovers. It is unofficial and all of its content is not sponsored, or approved by any company. All copyrights belong to their owners. The wallpapers and images are found around the web, so if we are in breach of copyright, let us know so we can look forward to removing them as soon as it is available.