Dear fans of a famous animated movie called Wreck-It Ralph, we present you our new Wallpapers New Tab Themes extension related to it, with amazing random wallpapers of one of the most popular movies from 2012. It offers different Wreck-It Ralph backgrounds that will appear each time you open a new tab page. Moreover, it provides many other useful features that will definitely improve your browsing experience. 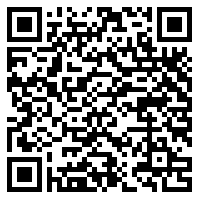 Wreck-It Ralph is a American 3D computer-animated comedy film. It was produced by Walt Disney Animation Studios and released by Walt Disney Pictures. All in all, it is the 52nd Disney animated feature film.
Wreck-It Ralph was directed by Rich Moore, who might be familiar to you, as he also directed episodes of The Simpsons and Futurama. The screenplay was written by Phil Johnston and Jennifer Lee from a story by Moore, Johnston, and Jim Reardon. John Lasseter was the executive producer. The film includes the voices of John C. Reilly, Sarah Silverman, Jack McBrayer and Jane Lynch.

The premiere of Wreck-It Ralph took place at the El Capitan Theatre on 29th of October in 2012 and it went into general release on November 2. The film was a critical as well as the commercial success. It grossed around $471 million worldwide against a $165 million budget and won the Annie Award for Best Animated Feature. It also received nominations for the Golden Globe and Academy Award for Best Animated Feature. The film was released on Blu-ray and DVD on March 5, 2013. It is the first movie in the Wreck-It Ralph film series. A sequel titled Ralph Breaks the Internet, was released on 21st of November in 2018.

Characters from Q*bert, including Q*bert, Coily, Slick, Sam, and Ugg, are shown as “homeless” characters and are later taken in by Ralph and Felix into their game. Scenes in Game Central Station and Tapper’s bar include Chun-Li, Cammy, and Blanka from Street Fighter, Pac-Man, Blinky, Pinky, and Inky from Pac-Man, the Paperboy from Paperboy, the two paddles and the ball from Pong, Dig Dug, a Pooka, and a Fygar from Dig Dug, The Qix from Qix, Frogger from Frogger, and Peter Pepper from BurgerTime. In addition, Lara Croft and Mario are mentioned in reference.

Additional references are based on sight gags. The residents of Niceland and the bartender from Tapper are animated using a motion that spoofs the limited animation cycles of the sprites of many eight- and sixteen-bit arcade games. King Candy uses the Konami Code on an NES controller to access the programming of Sugar Rush. Throughout Game Central Station is graffiti that includes “Aerith lives”. “All your base are belong to us”, an Engrish phrase popularized from the game Zero Wing, “Sheng Long Was Here” that is referencing an April Fool’s joke around a made-up character Sheng Long from Street Fighter, and “Jenkins” which is a nod to the popular Leeroy Jenkins meme from World of Warcraft. There is also a reference to the Metal Gear series when Ralph is searching for a medal in Tapper’s lost and found, finding first a Super Mushroom from the Mario franchise, and then Metal Gear’s “Exclamation point”. Mr. Litwak wears a black and white striped referee’s shirt, a nod to the iconic outfit of Twin Galaxies founder Walter Day. One of the songs in the credits is an original work from Buckner and Garcia, previously famous for writing video game-themed songs in the 1980s. The Walt Disney Animation Studios opening logo is animated in an 8-bit pixelated fashion, whereas the Walt Disney Pictures closing production logo appears in a glitched state, a reference to the kill screen from many early arcade games like Pac-Man.

This is our major update labeled 3.0. We have put great effort to make this update, with user experience on mind.
Wreck-It Ralph is fast, secure and it will improve your browsing experience. There are no restrictions for ages, our extensions are available for all, for FREE.

Wreck-It Ralph like all our other extensions are flexible and modular. There are tabs and modules that you can easily configure, show or hide within one simple Settings panel.
Now, we have added Must-Have Related Themes, so you can find new and popular themes without leaving your tab!

Wreck-It Ralph is packed with high quality HD wallpapers, art and drawings from various places and authors, some are very popular.