Since all of us are highly anticipating this game, we are decided to present you our new Wasteland 3 Wallpapers New Tab Themes extension with awesome random wallpapers. If you aren’t already hyped up, than this extension should do the job! This is definitely one of the most awaited games in the world. Our extension offers different backgrounds that will appear every time you open a new tab page. Moreover, it will provide you with many other useful features that are about to improve your browsing experience. 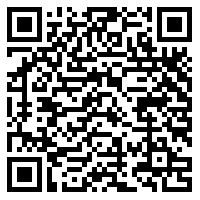 For all of you don’t know, Wasteland 3 is an upcoming role-playing video game that was developed by inXile Entertainment. It will be released in the late 2019, and is a sequel to Wasteland 2. When it comes out, you’ll be able to play it on Linux, macOS, PlayStation 4, Windows and Xbox One. Wasteland 3 will be placed in very cold wastelands of Colorado that previously went through an apocalypse. As a player, you’re in control of the last surviving member of Team November, that is actually a Ranger Squad. There are two mods available – single-player and multiplayer that can both be synchronous and asynchronous. Wasteland 3 will be a squad-based role-playing video game that is featuring turn-based combat.

When it comes to development, this game was announced by inXile Entertainment in September of 2016. As it was the case with the second part of Wasteland games, inXile decided to crowdfund the development of Wasteland 3. However, unlike it was the case with Kickstarter projects, inXile chose to use the equity crowdfunding service called Fig. The campaign was launched in October in 2016 and it was concluded after a month with more that $3 million that were raised. It’s interesting that Wasteland 3 is developed using Unity game engine and the development team behind was created of people who previously worked together on video game from 2017 called Torment: Tides of Numenera.

The first game in this franchise was a science fiction open world role-playing video game. It was developed by Interplay and published by Electronic Arts all the way in 1988. That game was also set in a futuristic, post-apocalyptic America that was actually destroyed by nuclear holocaust generations previously.  Developers originally made the game for the Apple II and it was also ported to the Commodore 64 as well as MS-DOS. Later, however, it became re-released for Microsoft Windows, OS X, and Linux in 2013 via Steam and GOG.com, and via Desura in 2014. Computer Gaming World stated that Wasteland’s “ease of play, richness of plot, problem solving requirements, skill and task system, and graphic display” as elements of its excellence. The magazine’s Scorpia favorably reviewed the game in 1991 and 1993, calling it “really the only decently-designed post-nuke game on the market”. Since Wasteland game was really successful and critically acclaimed, therefore they intended to follow it with two sequels. However EA’s Fountain of Dreams became turned into unrelated game, and Meantime by Interplay got cancelled. Meantime’s setting in general, as well as the concept became the basis of video game Fallout, which is a role-playing game from 1997. As you probably know, Fallout eventually got extended into Fallout series. inXile Entertainment ended up releasing a sequel called Wasteland 2 in 2014.

This is our major update labeled 3.0. We have put great effort to make this update, with user experience on mind.
Wasteland 3 is fast, secure and it will improve your browsing experience. There are no restrictions for ages, our extensions are available for all, for FREE.

Wasteland 3 like all our other extensions are flexible and modular. There are tabs and modules that you can easily configure, show or hide within one simple Settings panel.
Now, we have added Must-Have Related Themes, so you can find new and popular themes without leaving your tab!

Wasteland 3 is packed with high quality HD wallpapers, art and drawings from various places and authors, some are very popular.