Forget about your boring new tab page and install our Twice extension that comes with awesome wallpapers of this popular K-pop group. Each time you open it, your favorite theme will show up. You can always change it, and pick the wallpaper you prefer the most. In addition, these themes will give your browser a completely fresh and colorful look that you will love. In order to make your whole browsing experience even better, we added some other useful features that you can try out. Enjoy our app and don’t forget to share it with other fans of Twice. 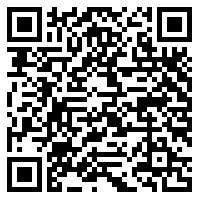 Twice is one of the most popular K-pop and J-pop girl groups in South Korea that was formed by JYP Entertainment in the famous reality show, Sixteen, in 2015. It includes nine members: Nayeon, Jeongyeon, Momo, Sana, Jihyo, Mina, Dahyun, Chaeyoung, and Tzuyu. “The Story Begins” represents their first EP and debut, which was released on October 20, 2015. Their fame started rising in 2016, after single “Cheer Up” which appeared on top of many charts. In addition, it became the best-performing single of the year and received many significant awards. Their first compilation album is named #Twice, which was released under Warner Music Japan. Within seven days, it managed to sell 136, 157 copies. Therefore, it became the album with the highest first week sales of a K-pop artist in Japan in two years. The group released BDZ studio album in 2018 which also reached high popularity all around the world. Twice represents the first Korean girl group that earned Platinum certification by the Recording Industry Association of Japan. In addition, Billboard Japan ranked it as the third on Top Artist category in 2017.

This extension is made with top performance and quality. We have made flexible modules, so you can enhance your browsing experience. Twice Wallpapers extension is free for use and available for all ages.

Clock with greeting
A really cool option is that you can customize clock (12h or 24h) and get the greeting with your own name, nickname or whatever you want! In different parts of the day, it will show you the correct greeting with the chosen name. Really cool! You can turn this option on or off.

HD wallpapers
Twice HD Wallpapers and New Tab Themes extension comes with many cool and high-quality wallpapers. You can choose to have random wallpaper on every new tab or pick your favorite/sticky wallpaper. Since fans make really cool wallpapers and art, we constantly add and replace new wallpapers, so there is plenty to choose from.

To do list
Never miss the important stuff! Powerful To Do list will help you organize your priorities and keep you on track. Of course, you can turn this option on or off.

Quotes
Be inspired with quotes of the day (QOD) module, selected for you. A new one every day. Also, it can be turned on or off.

You can click on the icon, on the upper right part of the screen, and click on Settings. On the appeared menu, select “Extensions”. Find the extension you want to uninstall and click on the trash-can icon on right and extension will be removed.

Disclaimer: This app is made for all fans of Twice K-pop group. It is unofficial and all of its content is not sponsored, or approved by any company. All copyrights belong to their owners. The wallpapers and images are found around the web, so if we are in breach of copyright, let us know so we can look forward to removing them as soon as it is available.