We present you our brand new Taylor Swift Wallpapers New Tab Themes extension with beautiful random wallpapers of one of the most popular artists in the world. It offers different backgrounds of Taylor, that will appear each time you open a new tab page. Moreover, it provides many other useful features that will definitely improve your browsing experience. 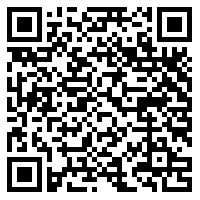 Taylor Swift was born on 13th of December in 1989. She is an American singer as well as the songwriter. She is mostly known for her songs that are about her own, personal life and they got pretty wide media coverage. Taylor was born and raised in Pennsylvania, however at the age of fourteen, she moved to Nashville, so that she can start her career in country music. Then she signed with Big Machine Records, which led her to becoming the youngest artist signed by Sony/ATV Music publishing house. Her first album came in in 2006 and it peaked at number 5 on Billboard 200. Her second album made Taylor very popular. Its name was Fearless and it was released in 2008. The most successful songs on it were singles “Love Story” and “You Belong with Me” which made Fearless become the best-selling album of 2009 in the US. The album ended up winning four Grammy Awards, and Swift become the youngest Album of the Year winner. It’s interesting that she herself wrote her album Speak Now from 2010 which debuted at number one in the US. The single called Mean that appeared on it won 2 Grammy Awards and her fourth album Red from 2012 also included very successful singles like “We Are Never Ever Getting Back Together” and “I Knew You Were Trouble”. Her fifth album from 2014 called 1989 received three Grammy Awards. The most popular singles on it were “Shake It Off“, “Blank Space”, and “Bad Blood”. They reached number one in the US, Australia, and Canada. Taylor Swift’s 6th album, Reputation from 2017 and the lead single on it called “Look What You Made Me Do” dominated the UK and US charts. With the former, she became the first act to have four albums sell one million copies within one week in the US.

When we talk about Taylor’s success, we have to mention that she is one of the best-selling music artists of all time, since she had sold more than 50 million albums. That includes 27.8 million in the US and 150 million single downloads. As a songwriter, she has won awards from the Nashville Songwriters Association and the Songwriters Hall of Fame. She was also included in Rolling Stone’s 100 Greatest Songwriters of All Time in 2015. Taylor is also the winner of 10 Grammys, one Emmy, 23 Billboard Music Awards, and 12 Country Music Association Awards. Because of that she holds six Guinness World Records. She is one of twelve women to appear in Time’s 100 most influential people in the world at least three times and Forbes’ lists of top-earning women in music, 100 most powerful women, and Celebrity 100.

There are many interesting things about Taylor. For example, her mother Andrea named her Taylor for a reason – she didn’t people to be able to know her gender, just by reading her name. The inspiration for Taylor came mostly from her grandmother, who was a professional opera singer. Over the time, Taylor had many nicknames, some of them are: Tay, Swifty, T-Swift, T-Swizzle and T-Sweezy. When she was 12, one computer repairman taught her how to play three chords on the guitar, which further inspired her to learn to play the guitar and start writing songs. Her first song was called ‘Lucky You‘. Taylor wrote a novel when she was 12, which has never been published. Taylor Swift is very talented, she is able to play the guitar, piano, ukulele, electric guitar and the banjo and she is also a painter. She is close friends with Selena Gomez and her favorite dessert is cheesecake. Taylor dated Joe Jonas in 2008. Many of songs that appear on Fearless album were about her breakup. Those include ‘Forever and Always‘ and ‘You’re Not Sorry‘.

This is our major update labeled 3.0. We have put great effort to make this update, with user experience on mind.
Taylor Swift is fast, secure and it will improve your browsing experience. There are no restrictions for ages, our extensions are available for all, for FREE.

Taylor Swift like all our other extensions are flexible and modular. There are tabs and modules that you can easily configure, show or hide within one simple Settings panel.
Now, we have added Must-Have Related Themes, so you can find new and popular themes without leaving your tab!

Taylor Swift is packed with high quality HD wallpapers, art and drawings from various places and authors, some are very popular.