Download our new Star Trek: Discovery Wallpapers New Tab Themes extension with beautiful random wallpapers of one of the most popular TV shows in the world. It offers different Star Trek: Discovery backgrounds that will appear each time you open a new tab page. Moreover, it provides many other useful features that will definitely improve your browsing experience.

Star Trek: Discovery is popular science fiction TV series that was created by Bryan Fuller and Alex Kurtzman for CBS All Access. It it the first show from Star Trek franchise after Star Trek: Enterprise that ended in 2005. The plot is set 10 years before the events from the original Star Trek took place. It is focused on Federation-Klingon war and follows the crew of USS Discovery. The cast includes Sonequa Martin-Green as Michael Burnham, Doug Jones as Saru, Shazad Latif as Voq, Anthony Rapp as Paul Stamets, Mary Wiseman as Sylvia Tilly, Jason Isaacs as Gabriel Lorca, Wilson Cruz as Hugh Culber, Anson Mount as Christopher Pike, Michelle Yeoh as Empperor Georgiou and many others. 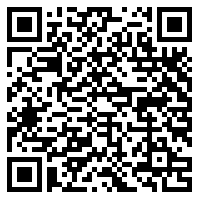 The show premiered on 19th of September in 2017 at ArcLight Hollywood. After that, it debuted on CBS and CBS All Access on September 24. All Access received a record number of subscriptions after releasing this show. The series got many positive reviews from critics. The second season premiered on January 17 in 2019.

This is our major update labeled 3.0. We have put great effort to make this update, with user experience on mind.
Star Trek: Discovery is fast, secure and it will improve your browsing experience. There are no restrictions for ages, our extensions are available for all, for FREE.

Star Trek: Discovery like all our other extensions are flexible and modular. There are tabs and modules that you can easily configure, show or hide within one simple Settings panel.
Now, we have added Must-Have Related Themes, so you can find new and popular themes without leaving your tab!

Star Trek: Discovery is packed with high quality HD wallpapers, art and drawings from various places and authors, some are very popular.

You can also Right-click on Star Trek: Discovery in toolbar and click on “Remove from Chrome…”