Download our new Ratchet & Clank Wallpapers New Tab Themes extension with beautiful random wallpapers of one of the most popular games in the world. It offers different backgrounds of Ratched & Clank that will appear each time you open a new tab page. Moreover, it provides many other useful features that will definitely improve your browsing experience.

Ratchet & Clank is a series of third-person shooter video games. Insomniac Games developed this franchise and Sony Computer Entertainment published it for PlayStation 2, PlayStation 3 and PlayStation 4. There was also an exclusion of Size Matters and Secret Agent Clank which were developed by High Impact Games for PlayStation Portable. An animated film adaptation was released on 29th of April in 2016. Rainmaker Entertainment and Blockade Entertainment produced it, while Focus Features and Gramercy Pictures distributed it. The first game was released on 4th of November in 2002 and the latest on 12th of April in 2016. 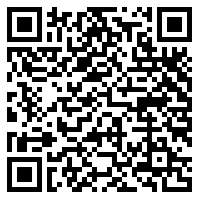 Ratchet is a feline-like humanoid known as Lombax who is a mechanic and Clank is a diminutive, sentinent Zoni robot. The game follows their adventures while they travel through the universe trying to save it from evil forces. Series has many exotic, unique weapons and gadgets. The first game as we already said was Ratchet and Clank from 2002. It was followed by 2003’s Going Commando, then in 2004 Up Your Arsenal came out. In 2005 Ratchet: Deadlocked was released and Size Matters Future: Tools of Destruction came out in 2007. Secret Agent Clank Future: Quest for Booty came in 2008, while Future: A Crack in Time was released the following year. All 4 One, Collection Full Frontal Assault and Into the Nexus came out in 2011, 2012 and 2013, and the latest version that has the same name as the first one, came in 2016.

There is also a version for mobile phones called Going Mobile. It was the series’ first game from mobile phones. Before the Nexus is also a mobile version, released in 2013 for iOS and Android.
When it comes to reviews, Ratchet & Clank received mostly positive ones. The first three games met the most critical acclaim. According to Metacritic, the best version was Up Your Arsenal which was available for PlayStation 2, with 92% game rankings. The most selling one, however was the last game in this franchise for PS4.

In April, 2013, a film adaptation of this popular game was announced. It was supposed to be released in 2015, but the date got postponed for 2016. The cast included James Arnold Taylor, David Kaye, Jim Ward and Armin Shimerman which were joined by Paul Giamatti, John Goodman, Bella Thorne, Rosario Dawson and Sylvester Stallone. The movie focuses on telling how the Ratchet and Clank first met and their fight against Chairman Drek.

This is our major update labeled 3.0. We have put great effort to make this update, with user experience on mind.
Ratchet & Clank is fast, secure and it will improve your browsing experience. There are no restrictions for ages, our extensions are available for all, for FREE.

Check our site for even more extensions and themes or check Chrome Web Store and search for SupertabThemes labeled extensions.
Ratchet & Clank like all our other extensions are flexible and modular. There are tabs and modules that you can easily configure, show or hide within one simple Settings panel.
Now, we have added Must-Have Related Themes, so you can find new and popular themes without leaving your tab!

Ratchet & Clank is packed with high quality HD wallpapers, art and drawings from various places and authors, some are very popular.