Download our new Post Malone Wallpapers New Tab Themes extension with amazing random wallpapers of one of the most popular artists in the world. It offers different Post Malone backgrounds that will appear each time you open a new tab page. Moreover, it provides many other useful features that will definitely improve your browsing experience. 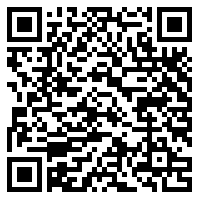 Post Malone ( real name Austin Richard Post ) is a rapper, singer, songwriter and a producer. He was born in Syracuse, New York on 4th of July in 1995. He was however, raised in Texas. When Post Malone eventually moved in LA, he formed the group BLCKVRD with a few other producers and they started recording together. In 2015, he began his career, releasing White Iverson. The song became number 14 on Billboard Hot 100 list. Later that year he signed a contract with Republic Records. He also worked with famous rappers like 50 Cent, Young Thug and Kanye West. Kanye eventually collaborated with Malone on a single named “Fade”. On Justin Bieber’s Purpose World Tour, this rapper was an opening act and in April, 2016, Post premiered his single “Go Flex” on Zane Lowe’s Beats 1 show.

2016 was a big year for Post Malone since he released his mixtape called August 2 and on June 9th, he made his television debut by performing Go Flex on Jimmy Kimmel Live!. Although it was released later than expected, his album Stoney began available for pre-order on November 4. Even though Post later said that he wasn’t fully satisfied with this album, the song from it called Congratulations was a massive success.

Beerbongs & Bentleys was a new project that Post released in 2018 although it was originally supposed to come out in December 2017. In September 2017, he released his first single from that album called the Rockstar, which featured 21 Savage. That song became number one on Billboard Hot 100 list and held that place for eight weeks. This is how he became one of the most famous artists in the country. On February, 2018, Post Malone released the song called Psycho, which was a product of his collaboration with Ty Dolla Sign, and he announced a tour with 21 Savage. When
Beerbongs & Bentleys was finally released, it broke the first day streaming records on Spotify with 78.7 million streams worldwide.

When it comes to Post’s musical style, it has often been described as melting pot of the country, grunge, hip-hop and R&B. Post stated that the biggest influence of him came from Bob Dylan, who he started following when he became 15 years old. To Malone, Bob Dylan is a genius and he also has a tattoo of Dylan. He is also influenced by 50 Cent and Key!.

This is our major update labeled 3.0. We have put great effort to make this update, with user experience on mind.
Post Malone extension is fast, secure and it will improve your browsing experience. There are no restrictions for ages, our extensions are available for all, for FREE.

Check our site for even more extensions and themes or check Chrome Web Store and search for SupertabThemes labeled extensions.


Post Malone extension like all our other extensions are flexible and modular. There are tabs and modules that you can easily configure, show or hide within one simple Settings panel.
Now, we have added Must-Have Related Themes, so you can find new and popular themes without leaving your tab!


Post Malone extension is packed with high quality HD wallpapers, art and drawings from various places and authors, some are very popular.