Here is our new Nick Jonas extension that offers cool wallpapers in perfect quality that will make your browser super fun and exciting. By installing it, you will get different themes that will show up each time you open a new tab page. You can choose the one that you like the most and change it whenever you wish to do so. In addition, there are some other useful features that will make your whole browsing experience even better. Enjoy our app and feel free to share it with your friends! 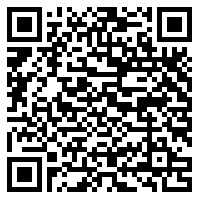 Nick Jonas is a popular singer, songwriter and actor who is a part of the Jonas Brothers group, along with his two older brothers, Joe and Kevin. Since his childhood, Nick started acting in theater and released his first single in 2002. After forming the group, Jonas brothers released two studio albums and reached high popularity on the Disney Channel. Moreover, they appeared together in the Camp Rock and Camp Rock 2: The Final Jam movies. In addition, they took a part in their own two series, Jonas Brothers: Living the Dream, and Jonas. After the release of their fourth studio album, Nick formed a new band and turned more to acting. He appeared in the TV series named Smash. He released three single studio albums which appeared on many significant charts, such as Billboard 200 chart in the US. After the release of his third single studio album, he managed to get the Songwriters Hall of Fame’s Hal David Starlight Award in 2016. In 2017, he appeared in Jumanji: Welcome To The Jungle adventure and comedy movie which later on became the highest-grossing movie in that year. Nick reunited with his brothers after releasing the single Sucker on March 1, this year and married popular Indian actress Priyanka Chopra.

This extension is made with top performance and quality. We have made flexible modules, so you can enhance your browsing experience. Nick Jonas Wallpapers extension is free for use and available for all ages.

HD wallpapers
Nick Jonas HD Wallpapers and New Tab Themes extension comes with many cool and high-quality wallpapers. You can choose to have random wallpaper on every new tab,or pick your favorite/sticky wallpaper. Since fans make really cool wallpapers and art, we constantly add and replace new wallpapers, so there is plenty to choose from.

Disclaimer: This app is made for all fans of Nick Jonas. It is unofficial and all of its content is not sponsored, or approved by any company. All copyrights belong to their owners. The wallpapers and images are found around the web, so if we are in breach of copyright, let us know so we can look forward to removing them as soon as it is available.