We present you our brand new Looney Tunes Wallpapers New Tab Themes extension with amazing random wallpapers of one of the most popular television series that was introduced by Warner Bros. It offers different cool  Looney Tunes backgrounds that will appear every single time you open a new tab page. In addition, our extension will provide you with many other useful features that will definitely improve your browsing experience. 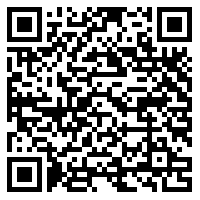 Looney Tunes is an American short films series that was produced by Warner Bros. This series introduced Bugs Bunny, Daffy Duck, Porky Pig, Elmer Fudd, Tweety, Sylvester, Granny, Yosemite Sam, Speedy Gonzales, Tasmanian Devil, and many more characters into our lives. The name Looney Tunes was inspired by a musical series by Disney, called Silly Symphonies. They started producing this series from 1930, and from 1942 until 1964, it was the most popular animated shorts in movie theaters together with Merrie Melodies. From that point on, Looney Tunes became a well known media franchise which included many television series, films, comic books, music albums, video games and amusement park rides. Between 1934 and 1943, Looney Tunes were in black and white. After 1943, the series was produced in color, so it became virtually indistinguishable with Merrie Melodies, and the two shows differed only in their opening theme music and titles.

A lot of these characters have appeared in different other television shows, films, and advertisements. The most famous Looney Tunes character, Bugs Bunny, even became a cultural icon and has his own star on the Hollywood Walk of Fame. When it comes to the Looney Tunes films, they are rated as a part of the greatest animated cartoons of all times and Knighty Knight Bugs, as well as For Scent-imental Reasons even won Academy Awards.

In 2000, Warner made the decision to make both Looney Tunes and Merrie Melodies library exclusive to the Time Warner properties, specifically Cartoon Network. Because of this decision, Looney Tunes shorts were airing on several networks at at the same time: on Cartoon Network, on Nickelodeon (as Looney Tunes on Nickelodeon), and on ABC (as The Bugs Bunny and Tweety Show). In 2003, one more feature film got released. Their goal this time was to bring back the spirit of the original shorts. This was actually the live-action/animated movie, called Looney Tunes: Back in Action. If we look at it objectively, the film wasn’t financially successful. However, it received mixed-to-positive reviews from movie critics and has been noted by animation historians and fans as one of the finest original feature-length appearance of the cartoon characters. In 2006, Warner Home Video released a new and Christmas-themed Looney Tunes film called Bah, Humduck! A Looney Tunes Christmas, which was a parody of Charles Dickens’ A Christmas Carol. Other Looney Tunes TV series made during this time were Baby Looney Tunes (2002-05), Duck Dodgers (2003-05) and Loonatics Unleashed (2005-07). On June 11, 2018, another series, titled Looney Tunes Cartoons, was announced by Warner Bros. Animation. It is set for release in 2019 on both linear and streaming television platforms.

This is our major update labeled 3.0. We have put great effort to make this update, with user experience on mind.
Looney Tunes is fast, secure and it will improve your browsing experience. There are no restrictions for ages, our extensions are available for all, for FREE.

Looney Tunes like all our other extensions are flexible and modular. There are tabs and modules that you can easily configure, show or hide within one simple Settings panel.
Now, we have added Must-Have Related Themes, so you can find new and popular themes without leaving your tab!

Looney Tunes is packed with high quality HD wallpapers, art and drawings from various places and authors, some are very popular.