We present you our brand new Lab Rats Wallpapers and New Tab Themes extension with awesome and cool random wallpapers of one of the most popular Disney television shows. It offers different Lab Rats backgrounds that will appear every time you open a new tab page. Moreover, it provides many other useful features that will definitely improve your browsing experience. 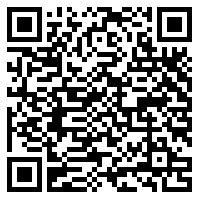 Lab Rats is an American comedy television series that was created by Chris Peterson and Bryan Moore. It aired on Disney XD from 27th of February, 2012 until the 3rd of February, 2016. This series stars Billy Unger, Spencer Boldman, Kelli Berglund, Tyrel Jackson Williams, and Hal Sparks. Lab Rats follows Leo Dooley who is a teenager that lived a completely normal life until one day his mother Tasha got married to a billionaire called Donald Davenport. Together, they all move into his home. One day Leo discovers teenage siblings with superpowers who live in Donald’s basement. From that point on, the series centers on bionic teens as they go through different situations while also trying to live like a normal family. FYI, they all live in the fictional town called Mission Creek which is located in California. Throughout the series, the plot becomes darker when Douglas, Davenport’s younger brother gets introduced and Marcus, Douglas’ android son, Krane, Taylor, formerly known as S-1 join the team. During the fourth season, Sebastian, who is previously known as S-3, Krane’s bionic soldiers, Giselle, who is planning on rebuilding Marcus, and Troy West, Giselle’s android creation also join. In the third season
Davenport opened up a bionic academy on a bionic island so that he can train Krane’s bionic soldiers to become the world’s new bionic heroes.

The main cast includes Billy Unger as Chase, Spencer Boldman as Adam, Kelli Berglund as Bree, Tyrel Jackson Williams as Leo and Hal Sparks as Davenport. The recurring cast includes Angel Parker as Tasha, Maile Flanagan as Principal Perry and Jeremy Kent Jackson as Douglas Davenport. Disney XD ordered Lab Rats on 13th of July in 2011, and the production of the show began in September that same year in Hollywood so that in 2012 Lab Rats could premiere. On May 18, 2012, Disney XD renewed the series for a second season and on July 26, the following year, Disney XD renewed the series for a third season. On 9th of May, 2014, Lab Rats was renewed for a fourth season. On June 25, 2015, Kelli Berglund said in an interview that the fourth season would be the final season. When Lab Rats launched in February 2012, it was the most-watched series premiere in the history of Disney XD. It drew 1.3 million viewers and performed well in key demographics. The followup encore of the premiere that aired on Disney Channel on March 2, 2012 was ranked as the number-one telecast in kids 2–11 for the week of February 27–Match 4, 2012, drawing 2.3 million viewers in the demographic.

This is our major update labeled 3.0. We have put great effort to make this update, with user experience on mind.
Lab Rats is fast, secure and it will improve your browsing experience. There are no restrictions for ages, our extensions are available for all, for FREE.

Lab Rats like all our other extensions are flexible and modular. There are tabs and modules that you can easily configure, show or hide within one simple Settings panel.
Now, we have added Must-Have Related Themes, so you can find new and popular themes without leaving your tab!

Lab Rats is packed with high quality HD wallpapers, art and drawings from various places and authors, some are very popular.