We present you our new amazing wallpapers related to The Finding Nemo animated movie. Finding Nemo New Tab Themes extension comes with great HD wallpapers which will appear each time you open a new tab page. Moreover, it provides many other useful features that will definitely improve your browsing experience. Download our extension and say goodbye to your old boring backgrounds. 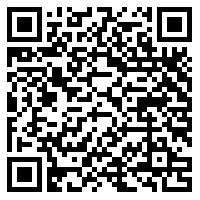 Finding Nemo is American computer-animated adventure film that is produced by Pixar Animation Studios and released by Walt Disney Pictures. Even though it came out in 2003, it is still very popular. Andrew Stanton wrote and directed this movie. It stars the voices of Albert Brooks, Ellen DeGeneres, Alexander Gould and Willem Dafoe. Finding Nemo tells a story of a overprotective clownfish called Marlin who has to find his son Nemo with a help of his regal blue tang friend named Dory. Their journey takes them all the way to Sydney Harbour. Marlin learns through his journey that he has to take risks and realizes that he has to let Nemo take care of himself.

This movie was released on 30th of May in 2003 and won Academy Award for the Best Animated Feature. It was nominated for three more Oscars including Best Original Screenplay. It was the second highest-grossing film in 2003, grossing more than $870 million worldwide by the end of its theatrical run. It is also the best-selling DVD of all time, with 40 million copies sold by the end of 2006. In 2012, Finding Nemo was released in 3D as well. American Film Institute named it the 10th greatest animated film ever made. The sequel of Finding Nemo, called Finding Dory was released on 17th of June in 2016. The review aggregator website called Rotten Tomatoes reported 99% approval rating and a ratin average of 8.7 out of 10.

There was also a video game based on this move released in 2003 for PC, Xbox, PlayStation 2, Nintendo GameCube and Game Boy Advance. In this game, you have to complete different levels while playing as Nemo, Marlin or Dory. It includes some scenes from the movie.

Finding Nemo was a first Pixar movie that wasn’t scored by Randy Newman. Thomas Newman scored the original soundtrack album instead and it was released on 20th of May in 2003. Album was nominated for Academy Award for Original Music Score, but it lost to The Lord of the Rings: The Return of the King. It however won Saturn Award for Best Animated Film, as well as the National Board of Review Award, Online Film Critics Society Award and Toronto Film Critics Association Award. Finding Nemo inspired numerous attractions at Disney Parks all around the world.

This is our major update labeled 3.0. We have put great effort to make this update, with user experience on mind.
Finding Nemo is fast, secure and it will improve your browsing experience. There are no restrictions for ages, our extensions are available for all, for FREE.

Finding Nemo like all our other extensions are flexible and modular. There are tabs and modules that you can easily configure, show or hide within one simple Settings panel.
Now, we have added Must-Have Related Themes, so you can find new and popular themes without leaving your tab!


Finding Nemo is packed with high quality HD wallpapers, art and drawings from various places and authors, some are very popular.