Here is our extension with beautiful wallpapers of Cersei Lannister, for all fans of Game of Thrones TV series. It offers high-quality themes of one of the most popular characters from the show. They will appear each time you open a new tab page and make your browser much more fun and exciting. Moreover, this app comes with many other useful features that will improve your browsing experience and make you enjoy it even more! 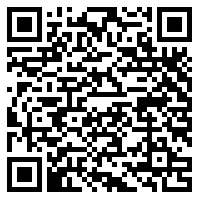 Queen Cersei Lannister is a fictional character from Game of Thrones television series and of course A Song of Ice and Fire novel series written by George R. R. Martin. In the show she is portrayed by Lena Headey and in the novels she is a point of view character. Cersei is one of the members of House Lannister which is a wealthy and very powerful family in Westeros kingdom. Cersei is the queen of Seven Kingdoms of Westeros as well as the King Robert Baratheon’s wife. She also has a twin brother named Jaime, with whom she was involved into infamous affair and all of her three children are his. The actress Headey received many praise for her portrayal of Cersei. She has been nominated for four Emmy Awards and a Golden Globe for Best Supporting Actress. With the rest of the cast, she was nominated for SAG Awards. It’s also important to mention that the Nell Williams portrayed young Carsei in a flashback that was showed in the 5th season.

Cersei is the only daughter and first child of Tywin Lannister and his wife Joanna. Later, her mother died during a birth of Cersei and Jaime’s dwarf brother called brother Tyrion. This is why Cersei ended up blaming Tyrion for the death of Joanna which led her to start abusing him as a baby.
While Cersei was a teenager, she believed that her betrothal to Rhaegar would soon be announced, since her father worked very hard to make that happen. That is why one day Cersei brought her companions Melara Hetherspoon and Jeyne Farman to a witch named Maggy the Frog.
Maggy told Cersei that she would marry the king and not the prince, and that she would eventually be overthrown by a younger and more beautiful queen. She further stated that Cersei’s children will die during her lifetime and that the valonqar (High Valyrian for “little brother”) would come to end her life.  Because of this event, Cersei spent her entire adult life attempting to cancel the prophecy and she naturally developed a very strong paranoia over this.

When it comes to the character herself, many people repeatedly praised Cersei for being one of the most complex and multi-faceted characters in either version of the story. Rolling Stone even ranked her at No.5 on a list of the “Top 40 Game of Thrones Characters“. They’ve described Cersei as a character who’d “rather die than give you control”. The similar list was also made by Rolling Stone where they ranked the “30 Best Game of Thrones Villains“. On this list, Cersei was ranked as a number one, and she was also described as the “most dangerous human being in Westeros” as well as “one of the most complex and fascinating characters on television…..she’s also a strangely sympathetic figure, warped by being treated like an expensive brood mare by powerful men her entire life and genuine in her affections”.

This is our major update labeled 3.0. We have put great effort to make this update, with user experience on mind.
Cersei Lannister is fast, secure and it will improve your browsing experience. There are no restrictions for ages, our extensions are available for all, for FREE.

Cersei Lannister like all our other extensions are flexible and modular. There are tabs and modules that you can easily configure, show or hide within one simple Settings panel.
Now, we have added Must-Have Related Themes, so you can find new and popular themes without leaving your tab!

Cersei Lannister is packed with high quality HD wallpapers, art and drawings from various places and authors, some are very popular.