We present you our brand new Black Panther Wallpapers New Tab Themes extension with wonderful random wallpapers of one of the top grossing superhero films. This theme offers you different backgrounds related to this movie that will appear each time you open a new tab page. Moreover, you will get many other useful features that will improve your browsing, and make your internet experience more fun.

Black Panther became by far the most popular movie of 2018. This superhero film is based on title character, created by MC. The director of this movie is Ryan Coogler who was also the co-writer of a screenplay. The cast contains an impressive list of actors that are very popular among young as well as the older audience. Black Panther is portrayed by Chadwick Boseman and supporting roles include the following actors: Michael B. Jordan (Erik Killmonger), Academy Award Winner Lupita Nyong’o (Nakia), Danai Gurira (Okoye), Matrin Freeman (Everett K. Ross), Academy Award Nominees Daniel Kaluuya (W’Kabi) and Angela Bassett (Ramonda), Letitia Wright (Shuri) and many, many more. 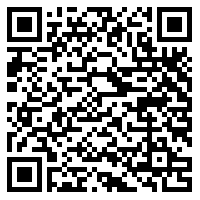 The main character T’Challa is coming back to his native Wakanda, so that he can take over the throne after his father passed away. While he is getting used to his new role, many new as well as the old problems come in his way, and he has to overcome them as a king, but also as the Black Panther – the hero with super powers. Apart from all the standard moments of fun we face during the experiences of the lead character, the movie covers the serious subjects than it is expected of this genre. It also talks about the modern problems of racial identity and starts the discussions about African American subject as well as the racism.

For a long time, Hollywood thought that diversity doesn’t bring profit and the genre of action movies didn’t raise the questions about cultural diversity very often. The cast and crew including the director and team of screenwriters of Black Panther is consisted of African Americans, which proves that the Hollywood’s opinion was in fact wrong. Not only that the Black Panther became extremely popular among its target audience in Africa and America, but it also managed to impress the entire world, regardless of the origin of the viewers.

This extension is made with top performance and quality. We have made flexible modules, so you can enhance your browsing experience. Black Panther Wallpapers extension is free for use and available for all ages.

HD wallpapers
Paris Wallpapers and New Tab Themes extension comes with many cool and high-quality wallpapers. You can choose to have random wallpaper on every new tab,or pick your favorite/sticky wallpaper. Since fans make really cool wallpapers and art, we constantly add and replace new wallpapers, so there is plenty to choose from.

Disclaimer:
This app is made for Black Panther lovers. It is unofficial and all of its content is not sponsored, or approved by any company. All copyrights belong to their owners. The wallpapers and images are found around the web, so if we are in breach of copyright, let us know so we can look forward to removing them as soon as it is available.