Here is our brand new Alita: Battle Angel Wallpapers New Tab Themes extension with amazing random wallpapers of one of the most anticipated movies in 2019. It offers different Alita: Battle Angel backgrounds that will appear each time you open a new tab page. Moreover, it provides many other useful features that will most definitely improve your browsing experience. 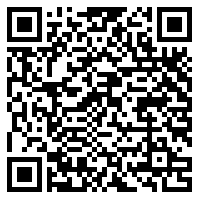 Alita: Battle Angel is action movie which came out in 2019. It is based on manga series called Gunnm by Yukito Kishiro and which is also known as Battle Angel Alita. Robert Rodrigez directed this movie, while James Cameron and Laeta Kalogridis wrote the screenplay. Alita is portrayed by Rosa Salazar, a 33 year old American actress which became famous for her role in NBC series Parenthood. Christoph Waltz, Jennifer Connelly, Mahershala Ali, Ed Skrein, Jackie Earle Haley and Keean Johnson all play the supporting roles. This movie was originally announced in 2003, but it got delayed since James Cameron had to work on Avatar. Movie premiered on 31st of January, 2018, while the release in the USA came on 14th of February in 2019. Alita: Batle Angel received both positive and negative reviews. The critics were mainly pleased with its visual effects and Salazar’s preformance. However, they pretty much criticized the movie’s screenplay and the sequels set-up.

The plot is set in 2563. The Earth got almost destroyed because of the war called „The Fall“. Scientist Dr. Ido Dyson finds the disembodied cyborg on accident, while he was trolling the Iron City searching for cyborg parts. He found out that the brain of this cyborg remained intact and he decided to rebuild it. He named her Alita. Alita doesn’t know who she is, so she decides to find out more about herself. Her new friend Hugo wants to help her trigger her memories. However, Ido Dyson is aware that she is a being that could break the cycle of death and destruction. In order to accomplish her purpose, it is obvious that she would have to fight and kill. Alita realizes that she has unique abilities and that she is the only one that could save the world.

This extension is made with top performance and quality. We have made flexible modules, so you can enhance your browsing experience. Alita: Battle Angel Wallpapers extension is free for use and available for all ages.

HD wallpapers
Alita: Battle Angel Wallpapers and New Tab Themes extension comes with many cool and high-quality wallpapers. You can choose to have random wallpaper on every new tab,or pick your favorite/sticky wallpaper. Since fans make really cool wallpapers and art, we constantly add and replace new wallpapers, so there is plenty to choose from.

Disclaimer:
This app is made for Alita: Battle Angel fans. It is unofficial and all of its content is not sponsored, or approved by any company. All copyrights belong to their owners. The wallpapers and images are found around the web, so if we are in breach of copyright, let us know so we can look forward to removing them as soon as it is available.